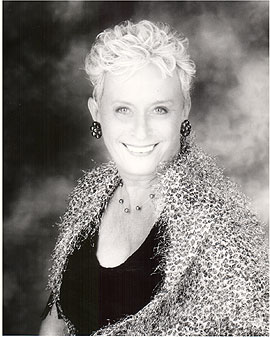 Exploring ones vivid imagination and understanding the essence of dreams is Lucette Dalozzo’s distinction in Art. Vibrant, intense and enchanting are just a few ways to describe her compositions, combining oils, acrylics and inks into a symphony of hypnotic melodies; From music to dreams, Lucette possesses a unique method of interpretation and understanding, bringing to light the finer details one might ordinarily miss. “The canvas is a mirror.” Lucette contemplates, so many of my dreams and visions inspire my strokes.

Vibrant, intense and enchanting are just a few ways to describe Lucette Dalozzo’s compositions, which have been collected by art enthusiasts and investors the world over. Lucette was born in Belgium and it was here she mastered the fundamentals of art at the “Academy of Fine Art,” Mons. After marrying her husband Louis and eager to travel, they both embarked on a journey that would change their lives forever.

Australia was a golden thread that Lucette used to weave her artistic penchant. She quickly became recognised for her Romantic Impressionism that drew art enthusiasts world wide. Throughout the 70’s and 80’s she exhibited in the USA, French Polynesia, Belgium and every state in Australia. She was represented by the Australian and Swiss Embassy’s in Brussels, the Consul General for Belgium in Sydney, Countess D’Outremont, Belgium, Sir Barnaby Joyce Collection, Sydney, Danny Larue and copious private and corporate collections worldwide.

Now, some years later Lucette’s paintings reflect her subconscious, “My mind is the studio,” she says adding, “My eyes feast on what the world has to offer. I sleep and let my dreams cast their magic, then use my hands as the vehicle of expression.” During the last few years Lucette’s choice of medium has become more elaborate, combining oils, acrylics and inks into a symphony of multimedia. It would be true to state there is an astonishing diversity of styles, techniques and themes that have entered the boundaries of modern Art and this in itself is one of the reasons Lucette’s work is so highly applauded.

She is a master of expression and has captured emotions and sensations while immersed in the hypnotic melodies of the classical composers such as Mozart and Chopin; she had literally meditated on these intricate harmonies so that she could “Paint to the music”.

From music to dreams, Lucette posses’s a unique method of interpretation and understanding, bringing to light the finer details one might ordinarily miss. There is still a wealth of inspiration circulating the depths of Lucette’s imagination, which leaves you delightfully eager for her next masterpiece.

“Ainsi Va La Vie” is my way of life, my drug and my passion. I live and breathe it. I see art as an exploration. It’s a journey into the unknown. I am constantly in search of myself more than anything else, I get stimulation from the changes in my life. In this series I wanted to convey a ‘spiritual’ message of hope, strength and freedom and the best way for me to do this was through abstract and semi abstract forms of expression. It has a very special place in my heart. “In short, all good things are wild and free.”